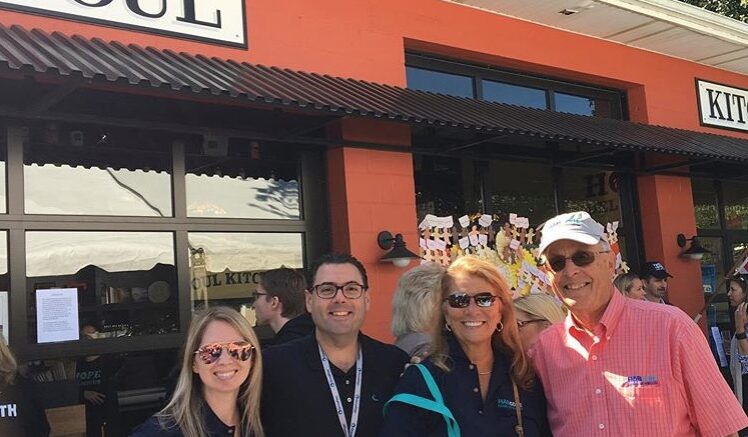 The Jon Bon Jovi Soul Foundation (JBJSF) has donated $100,000 to HABcore, Inc. to help support its 4-unit expansion to its property on River Street in Red Bank. HABcore is a nonprofit organization in Red Bank, NJ that provides permanent housing and supportive services to homeless veterans, families and individuals with special needs in Monmouth and Ocean counties.

Housing in Monmouth and Ocean counties is scarce and unaffordable for many. In 1988, HABcore was formed to house the homeless in the Red Bank area after a harsh winter claimed the lives of three men living on the streets. The agency was named HABcore in the memory of those three Red Bank men who froze to death whose initials began with H, A, and B. Over the past 31 years HABcore has continued to meet the needs of the previously homeless in both congregate and independent living settings.

HABcore has 300 residents living across Monmouth and Ocean counties including 60 families with 100 children. Residents represent a formerly homeless population of very-low-income families, veterans, and individuals with special needs.

“The supportive services our case managers offer to our clients is what sets us apart from other programs that house the homeless. It’s the embodiment of HABcore’s mission of moving individuals from crisis to stability by providing case management to those with special needs,” said Steve Heisman, Executive Director. “We have a distinguished track record for expanding services to meet the rising need for housing while continuously improving support to residents.”

HABcore’s goal is to grow continuously to meet the needs of the 665 estimated homeless in the Monmouth-Ocean region.

As part of HABcore’s Independent Living Program, the new units will be assigned to veterans, single adults and/or individuals with disabilities. The residents will receive supportive services, such as training in job acquisition skills and financial literacy. The expansion of a HABcore property at 119 River Street is returning to the organization’s roots. The property is less than a mile from HABcore’s first boarding home, the John Coffey Residence on South Pearl Street in Red Bank.

The mission of the Jon Bon Jovi Soul Foundation, to break the cycle of poverty, hunger, and homelessness, is perfectly aligned with HABcore’s local mission. The generosity of the JBJSF enables HABcore to increase the number of affordable, supportive units in Red Bank by building four additional one-bedroom units to the existing 100-year-old duplex which HABcore has owned since 1992.

“The River Street project presented a unique opportunity for the Foundation to help realize our two-fold mission of ending the cycle of homelessness and hunger in the Red Bank community,” said Heather Goldfarb, Executive Director of JBJ Soul Foundation. “We are pleased to partner with HABcore to provide affordable housing to those in need, while continuing our support in the community through the JBJ Soul Kitchen and JBJ & PBC Hope & Comfort Warming Center. All within walking distance of one another.”

The project, approved unanimously by the Red Bank Zoning Board of Adjustment, will make the first floor units wheel chair accessible with a motorized lift on the front of the property. A laundry room will be added in a breezeway connecting the older structure with the new addition, and a fire suppression system will be installed to serve both structures. All construction will be energy efficient. HABcore’s mission is to provide permanent housing and individualized support, helping homeless families, veterans, and individuals with special needs move through crisis to stability, giving them the opportunity to improve their lives.

HABcore in the News